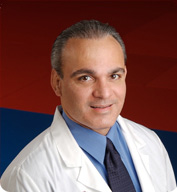 Ricardo A. Nieves, M.D., CSCS, Strong First Team Leader
Dr. Nieves is originally from Puerto Rico were he completed his undergraduate education and Medical School. He did his Internship at Mayo Clinic and Residency Training in Physical Medicine and Rehabilitation at Temple University Hospital. He completed a Fellowship in Interventional Spine and Pain Management under Fluoroscopic Guidance at Georgia Pain Physicians.

Dr. Nieves serves as a Team Physician for USA Judo in Regional, National and International Competitions and Judo Training Camps. He also served in Medical Staff at the Olympic Trials 2004 and 2008 and is a Volunteer Physician for The United States Olympic Training Center (Volunteer Physician Program). He presented at National and International Sports Medicine Meetings and co-author articles and book chapters in Spine related topics. He is a Certified as National level Judo Coach through USA Judo.  He is being involved in Ring Side Physician for Mixed Martial Arts and Boxing and is a member of The American Association of Professional Ring Side Physicians where he was a Featured Speaker in the 2007 AAPRP Medical Conference.

Dr. Nieves incorporates his extensive medical training and knowledge together with his Strength, Functional Conditioning and Kettlebells knowledge to provide his clients with a unique training experience.